History of the Town

History of the Town

Early History of the Town of Pelahatchie

The historical roots of Pelahatchie can be traced almost to the very beginning of Mississippi statehood. Its very location, historically significant, was recognized by the Historical Commission of Mississippi when a marker was placed four miles east of Pelahatchie to designate the boundary between the Choctaw Cessions of 1820 (Doak’s Stand) and 1830 (Dancing Rabbit Creek). With the signing of the treaty at Doak’s Stand, the Choctaw Indians ceded to the United States 5,500,000 acres of land in the central and western part of the State, thus opening the door for white settlers to move into this part of Mississippi. They came from Georgia, Alabama, Tennessee, and primarily the Carolinas as part of the Great Westward Movement. During the 1850’s, settlers from the Carolinas ventured into these lands and established a community at the site of an old Indian village. Billy Goforth, a half Indian, had come into possession of all the lands which were to be known as Pelahatchie. Indians, as did the pioneers, had certain ways of naming places. Some say the Indians gave the creek a name meaning “crooked,” while others say it means “hurricane.” It seems more logical the Choctaws would have meant “Crooked Creek” because of the turning and twisting course of the creek. 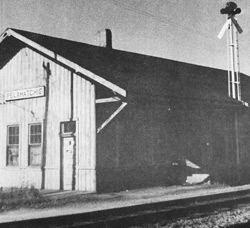 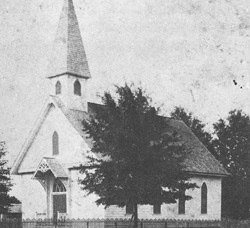 The area experienced steady growth after the signing of Doak’s Treaty, but narrowly escaped destruction following the fateful march of General Sherman across Mississippi after the fall of Vicksburg. Sherman, following the Old Stage Road east of Brandon instead of the railroad, just missed Pelahatchie. Pelahatchie saw the Alabama and Vicksburg (A&V) Railroad come through the settlement in 1858. G.F. Spann soon laid out the town on a 300-acre plot in 1860. In the early 1870’s, a school was erected where the Baptist Church now stands. At the end of 1891, Pelahatchie had one of the only three schools in the county. Historical facts note that the first post office was established in 1868 and three businesses were erected in 1866, a grocery store by W. A. Preacher, a general mercantile by Col. George W. Brooks, and a saloon by Eli McMullan. By 1883, three more businesses had begun. With so much progress, there was a need for a hotel in the area. The Lessels built their first hotel near the railroad, which runs between Vicksburg and Meridian. Between 1880-1900, a campground was established complete with a camp house, a Farmers Alliance Shed and stalls for oxen and horse teams. These facilities were used by people coming to town to shop and sell their cotton and other farm crops. The two hundred plus settlers in the little community became aware of the growing need to receive a proclamation from the state to incorporate Pelahatchie and establish a town government. One June 30, 1904, Pelahatchie was placed on the map and reached a population of 943 by 1910. 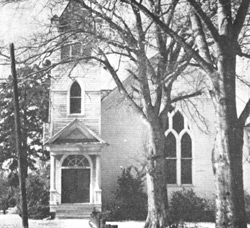 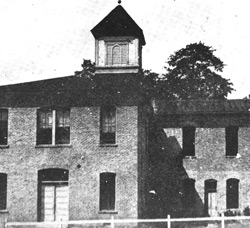 The surge in population was due primarily to the location of a sawmill in the town in 1907 by the Lockwood Lumber Company. This company was followed by Gamill Lumber Company, the Appalonia Lumber Company and the Pearl River Valley Lumber Company. Tragedy struck in 1934 when the latter mill was totally destroyed by a fire, putting over 1,000 persons out of work. The mill was never rebuilt and the population of Pelahatchie declined drastically as a result. The poultry industry was born in Pelahatchie in 1930. In the early days, the Pelahatchie Poultry was among the first to utilize the modern concept of assembly line poultry processing. The poultry industry, while not able to transform Pelahatchie into a boomtown, served the town and surrounding communities as a stable source of income for many years.