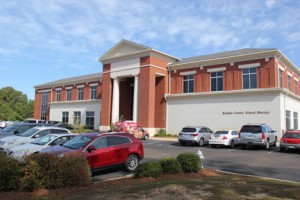 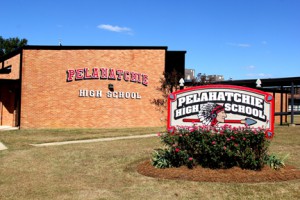 Pelahatchie High School is under the umbrella of the Rankin County School District and located in eastern Rankin County in the town of Pelahatchie. Grades 7 – 12 are served with an enrollment of 320 students. The staff consists of 35 certified educators as well as 22 classified support personnel. Fifty percent of the certified staff have earned advanced degrees, and three teachers are National Board Certified.  PHS has been designated by the Mississippi Department of Education as a high performing school for the last three years and was named a Distinguished Title I school in 2010. Pelahatchie was recognized as a National Bronze Medal School By U.S. News & World Report in 2012 and again in 2014. In 2013, Pelahatchie High School was one of four schools in Mississippi to receive a Silver Medal designation from the publication.  The school has received 10 PREPS Value Added Awards since 2009 and has been an Energy STAR school since 2012.  The school became a Tech-Prep site in 1997 and is currently part of MDE’s High School Redesign initiative adding the ICT1, ICT2, and STEM courses. In addition to the core curriculum offered in math, English, science, and social studies, students at PHS have the opportunity to take courses in art, agriculture, family and consumer science, business, Spanish, drivers’ education and music. AP courses offered include AP English Language and Composition, AP Calculus, AP U.S. History, and AP World History. Dual enrollment opportunities include English, Biology, History, and College Algebra.  These are offered on campus in conjunction with Hinds Community College.